Who’s Mary Trump? Here’s Everything We Know About The President’s Niece.

Mary Trump is the daughter of Donald Trump’s older brother, Fred Trump Jr., who died in 1981 at age 42 from a heart attack caused by alcoholism, leaving behind Mary and her brother, Fred III. The death of Mary’s father has been an ongoing source of tension in the family, surfacing publicly when Fred Jr.’s children brought a court case against Donald and his siblings in 2000, contesting the division of assets of their grandfather’s real estate empire in his will.

A subject that will be explored in further detail in the book, Mary gave an uncharacteristic interview to the New York Daily News in 2000, saying her “aunt and uncles should be ashamed of themselves” for their handling of the will and treatment of family members, including her father, alleging Donald, Maryanne, and Robert Trump also cut off funds needed to treat their nephew’s cerebral palsy. 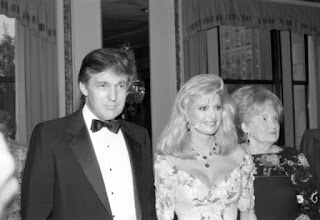 Mary earned a bachelor’s and master’s in English Literature from Tufts University and Columbia University, respectively, and then completed a master’s degree and Ph.D. in clinical psychology at Adelphi University, later contributing to a 2002 book about schizophrenia.


According to a LinkedIn profile that has since been disabled, Mary Trump works as a certified professional life coach and served as the chief executive officer of The Trump Coaching Group, a New-York based life coaching company she started in 2012; her level of involvement in the coaching group today is not immediately clear.

On November 9, after her uncle was elected president, Mary took to Twitter to voice her discontent, writing “This is one of the worst nights of my life” and expressing her support for Hillary Clinton, “an extraordinary human being and public servant.”
On Twitter—where Mary frequently shows support for Democratic policies, particularly increased gun control—her bio is #blacklivesmatter, “she/her/hers.”
في 6:54 PM